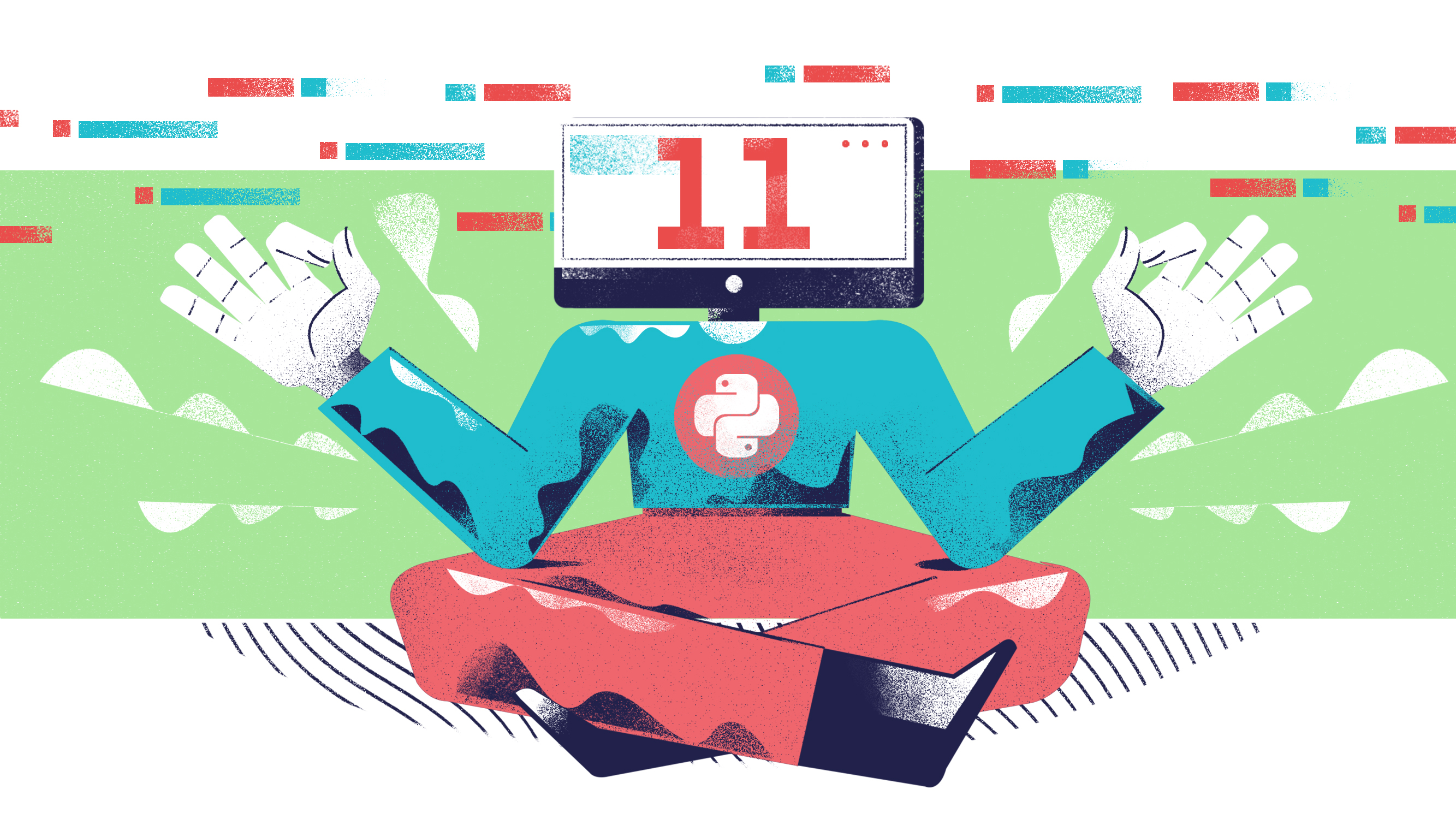 Welcome to day 11 of the 30 Days of Python series! In this post we're going to be talking about yet another collection type called sets. Sets are extremely useful for comparing collections of values, and are highly optimised for this kind of operation.

Sets are closely related to dictionaries, so if you're not familiar with dictionaries already, I'd strongly recommend you look at day 10 of this series. Much of what we're going to be talking about here is building on what we learnt in that post.

Sets are a little different to the collections we've looked at so far, in that they're not reliably ordered. If we create a list or a tuple and print it, we know that the items will show up in the order we defined them. This isn't the case for a set.

Sets can also only contain unique elements, much like we saw with dictionary keys. In fact, we can really think of a set as a dictionary which only contains keys.

So why should we care about sets? For one, they come with a number of very useful operations for comparing the members of collections. They're therefore very useful for filtering values, and it's also extremely efficient to perform these kinds of membership tests for sets.

Much like dictionaries, we define sets using curly braces, but instead of key value pairs, we just add a series of comma separated values.

In this set we have the string, "carrot", two times. This isn't going to produce an error, but the set will only contain one instance of "carrot". The set we defined above is really identical to the one below.

As we saw in day 10, we can define an empty dictionary using {}. Because of this, we can't use this option for defining an empty set. Instead, we have to write this:

If we print a set which is empty, we'll also get this set() representation, to distinguish the output from an empty dictionary.

We also can't include sets in other sets, because sets can also be modified. The following is therefore illegal in Python:

If we try, we'll get a TypeError:

We have several ways to modify a set in Python, and most of these options are the same as those we have for dictionaries.

Adding items to a set

We have a few options for adding new items to a set.

First we have the add method, which allows us to add a single value to the set we call it on:

Note that the print output is not in the same order as the set we defined. Your output will likely also be in a different order if you run the code yourself.

If we try to add an item which already exists in the set, the set is left unchanged.

If we want to add several items at once, we can instead use the update method. In this case, we can pass in any iterable, and the items it contains will be added if they are valid.

In either case, if we attempt to add a mutable item to the set, we'll get a TypeError similar to the one we saw before.

Deleting items from a set

We have a lot of options for removing items from a set as well.

First we have the remove method, which allows us to remove a single item. We have to specify what we want to remove when we call the method:

If we try to remove an item which doesn't exist, we get a KeyError. If we don't want this KeyError to be raised, we can use another method called discard.

discard works in exactly the same way, but it will only try to remove the item if it exists. If the item isn't in the set, the operation does nothing.

Both remove and discard require us to know what we want to remove, but sometimes it doesn't really matter. We just want one of the items. In these cases we should use the pop method.

Just like with other collections, pop gives us the item that was removed.

Finally, we have the clear method, which will empty the set for us.

Sets provide us with several new operations for efficiently comparing collections. The main operations we're going to be looking at today are union, intersection, difference, and symmetric difference.

If you've ever studied sets in mathematics, these terms will probably be familiar to you.

The union of two sets is essentially the combination of the two sets. The result includes all of the members of both sets, where duplicate members are included only once.

We can find the union of two sets with the union method.

union is very similar to the update method, but union creates a new set, while update modifies an existing set.

When we find the intersection of two sets, we get a new set containing the elements common to both sets.

We have to be a little bit careful when using difference, because unlike the other set operations we've mentioned, with difference the order of the sets matters.

For example, let's say we have two bundles of games:

What difference gives us, is every item in the set we called the method on, except those that also feature in this second set.

When we write this:

We get "Final Fantasy VII" and "Cyberpunk 2077", because they feature in bundle_1, but not in bundle_2. "Resident Evil 3" isn't included, because it's in both sets.

symmetric_difference gives us all of the items which only feature in one of the sets. Unlike difference the order of the sets doesn't matter.

If we return to our game bundle example, we can see that the symmetric difference of bundle_1 and bundle_2 is all of the games except "Resident Evil 3", because "Resident Evil 3" is the only game that features in both sets:

Set operations with other collections

We can only call the set operator methods on sets, but we can actually pass in any collection we like into the method. This is because Python is going to convert the collection we pass in to a set before performing the operation.

For example, if we go back to our letters and numbers example, it's perfectly fine if numbers is a list, as long as we call the method on the letters set:

Checking if items are in collections

Very often we want to check if a value is in a collection, and we can perform this kind of check using the in keyword. in will yield True is the item is found, and False otherwise:

While this kind of test is extremely efficient for sets, we can use the in keyword with any collection. For example, we can check if a given letter is in a string:

We can also use in to check if a key is in a dictionary:

Or among its values:

1) Create an empty set and assign it to a variable.

2) Add three items to your empty set using either several add calls, or a single call to update.

3) Create a second set which includes at least one common element with the first set.

4) Find the union, symmetric difference, and intersection of the two sets. Print the results of each operation.

5) Create a sequence of numbers using range, then ask the user to enter a number. Inform the user whether or not their number was within the range you specified.

If you want an extra challenge, also tell the user if their number was too high or too low.

You can find our solutions to the exercises here.

In addition to the method syntax for set operations, we also have a number of operators we can use to accomplish the same task. You can read more about that on our blog.

We also have a more detailed information on symmetric_difference in another blog post.

If you're interested in learning more about sets, you can find a lot of additional information in the official documentation, including some additional methods.